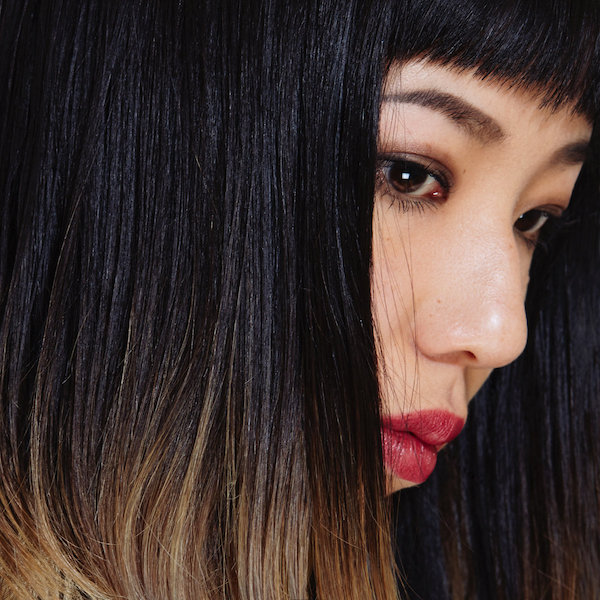 Japan has enjoyed a storied legacy of electronic music that stretches back decades. From iconic acts such as Yellow Magic Orchestra through to contemporary acts such as Perfume, Japanese music has always managed to craft its own identity when it comes to things electronic.

In recent years, the country has seen a rise in grassroots acts that have toiled away in their bedrooms to produce subtle, engaging music. This is particularly true of the artists on the Cuz Me Pain label, a group of Tokyo-based electronic acts that included Jesse Ruins and The Beauty.

Sapphire Slows (aka Kinuko Hiramatsu) was also part of that loose collective. She popped up on the radar via releases such as her 2012 EP True Breath and 2013 debut album Allegoria. Hiramatsu displayed a talent for crafting oddly evocative compositions that employed minimal beats and her own ghostly vocals.

At times, Hiramatsu has been beset by doubts on her achievements, unsure on precisely which direction she should be heading in. “I was getting pegged as a ‘female/bedroom/weird pop’ producer and singer” she told the Japan Times recently,”…it’s not like I objected to the terms, but they create a real bias. It feels like you aren’t being judged on your own merits.”

These concerns perhaps explain why there’s been such a gap between Hiramatsu’s debut album and new release Time. The tracks were recorded in Tokyo across a 2 year period, between 2014-2016, with Hiramatsu taking her time to polish the final work. Issued via the London-based label Kaleidoscope, Time is a 7 track mini-album created as “a monument to the pleasures and pains of change, growth and development”. As with previous releases, Time is imbued with a dream-like atmosphere for the most part – a shadowy series of soundscapes that are picked out here and there by Hiramatsu’s ethereal vocals.

There’s a delicate quality to the album’s opening track ‘Confession’ with a warm, immersive atmosphere. It’s a composition peppered with bright spots of electronic sounds.

Instrumental piece ’Haunts You’, meanwhile, is founded on a prowling brooding synth base. Across this, electronic melodies flit in and out evoking an odd moody piece that recalls the redolent tunes of Boards Of Canada.

While there’s a wealth of artists who work in the field of minimal electronic music, Sapphire Slows has always been able to stand on her own with her compositions. The tracks on Time continue this talent for bringing forth a particular mood or atmosphere, while also delivering a few surprises along the way. ‘The Edge Of My Land’, for example, offers a more bolder approach with bassy synth tones offset by crystalline melodies. Elsewhere, ‘Piece Of You’ offers burbling synths and mesmerising vocals.

The album’s title track, which closes proceedings, is a more murky affair with a shoegaze sensibility and hazy, hypnotic vocals.

Time is a perfect showcase to introduce people to the darkly ambient experience that makes up Sapphire Slows. While many people will prefer their electronic music to be more bangers than brooding beats, Time offers an opportunity to change gear and switch to a more contemplative mood. In the fast-paced world of contemporary music, that’s perhaps a good thing.

Time is out now on Kaleidoscope.

Sapphire Slows performs tonight at The Waiting Room in London alongside Moonbow and Polly Moneaux. Details via: https://www.facebook.com/events/1960699320855284/