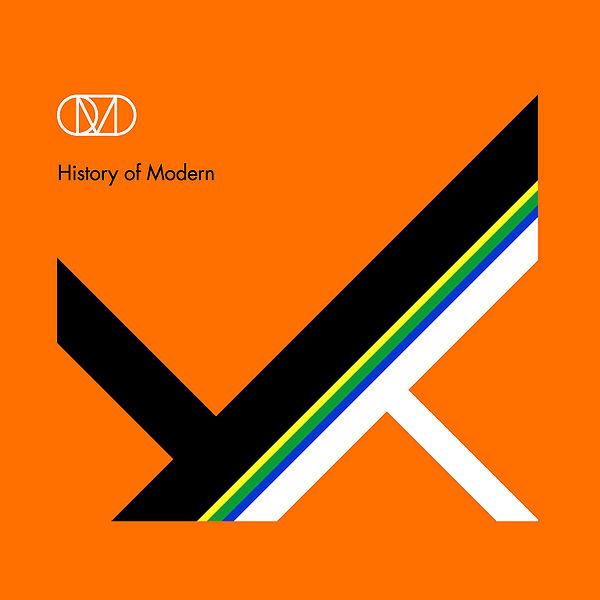 And so the finest band to emerge from the Synth Britannia era return. It is the first studio album since 1986’s The Pacific Age to feature the classic line-up of Andy McCluskey, Paul Humphreys, Martin Cooper and Malcolm Holmes. The original 4-piece split acrimoniously in 1989, following the platinum-selling retrospective, The Best of OMD, the previous year. McCluskey resurrected the brand to varying degrees of success in the 1990s, while Humphreys, Cooper and Holmes formed the ill-fated band, The Listening Pool, after failing in a bid to use the OMD name. Krautrock aficionados McCluskey and Humphreys, the electronic pioneers of such groundbreaking albums as Architecture and Morality and Dazzle Ships, announced their reunion at a fan gathering in 2005 and consolidated this with successful tours between 2007 and 2009.

Sadly, no matter how the marketing team dress this up (in an eye-catching bright orange sleeve supposedly designed by long time cohort Peter Saville) it is, basically, another McCluskey solo album with some overdubs and a few songwriting contributions from Humphreys, a busy man in his own right with OneTwo, a project he formed with Claudia Brucken of Propaganda fame. The contributions from Cooper and Holmes are difficult to fathom in anything other than names on the sleeve credits whilst, somewhat tellingly, there are no vocals from Humphreys.

Many of the tracks had been demoed by McCluskey following his foray into the world of girl group songwriting for the likes of Atomic Kitten and Genie Queen. The current single, ‘If You Want It’, seems to be a hold-off from this particular period. It was co-written by the girls’ (and McCluskey’s) vocal coach Tracey Carmen who’d had a hand in the Kittens’ ‘Be With You’. It is permeated with lyrical clichés, while its musical template is unashamedly deeply rooted on the last OMD hit single, ‘Walking On The Milky Way’, from 1996’s Universal. It is an odd choice for a comeback single, but one that seems to suggest that the band’s PR are targeting other markets aside from the lucrative nostalgia circuits.

The obvious choice for a single is ‘Sister Marie Says’, a close relative of ‘Enola Gay’ that was part-written in 1981 and later recorded during the Universal sessions in the mid-90s. It was premiered at the previously mentioned fan event and dusted off by McCluskey for inclusion on the new album – it certainly improves on the original demo and brings the classic OMD sound up to date.

And so to the rest of the 13-track album: On opener ‘New Babies: New Toys’, OMD are fast out of the traps with a New Order-esque track that mirrors the aggressive nature of earlier tracks such as ‘Bunker Soldiers’. It also sees McCluskey strapping on his bass for the first time since 1985’s Crush. It is a fantastic opening track. Sadly the momentum is lost with the single, but quickly restored with part one of the two album title tracks, which builds upon some of the lyrical themes of the ‘Universal’ single. Originally titled ‘The Big Bang Theory’, it is an enjoyable track that marries the band’s trademark choral effects with a memorable synth refrain (and, intentionally or not, a melody lift from James’ 1992 hit ‘Ring The Bells’). Indeed there are other positives on this album. Two of Humphreys’ co-writes, ‘Green’ and ‘New Holy Ground’ rank alongside some of the duo’s best work. The latter was written and recorded in a few hours as a potential B-side and echoes ‘The Avenue’ (the brilliant B-side of 1984’s top 5 hit, ‘Locomotion’). It is a reminder of how McCluskey’s melancholia used to be the perfect counterfoil to Humphreys’ intricate, yet simple, melodies… before the financial allure of America caused the band to implode.

OMD purists will be confused when they hear the beautiful ‘New Holy Ground’ alongside the likes of ‘Pulse’, an embarrassing attempt at a dancefloor filler which contains breathy, spoken word vocals from McCluskey. And then there is ‘Sometimes’, which sounds like a Moby tribute track, but with a piercing, wailing vocal from former Listening Pool backing vocalist, Jennifer John . Thankfully fans were spared when ‘Save Me’, a mash up of ‘Messages’ and Aretha Franklin’s ‘Save Me’, was dropped from the album.

The new album lacks the lyrical focus of Universal and both the musical ambition and creative urgency of the first four albums. McCluskey is far too reliant on samples, particularly towards the end of the album, and there are mixed results. There is a distinct lack of musical invention on the Moroder-esque ‘The Future, The Past and Forever After’, another track retrieved from the ’90s vaults (originally titled ‘Wheels of Steel’). The acknowledged Kraftwerk influence is prevalent on at least two songs: album closer, ‘The Right Side?’, is a satisfying 8-minute workout that mirrors elements of Kraftwerk’s ‘Europe Endless’ (and samples fellow KlinkKlang enthusiasts Komputer), while ‘RFWK’ (Ralf, Florian, Wolfgang, Karl) is a touching love letter to McCluskey’s boyhood heroes. Elsewhere, ‘Bondage of Fate’, another lyrical highlight of the album, subtly incorporates elements of Hannah Peel’s ‘Organ Song’.

All in all, it’s a disjointed effort, one that is clearly designed to reintroduce the brand, clear the decks and pave the way for the next OMD album proper. To label it as a cohesive body of work in the ilk of Architecture and Morality was a foolish ploy on the part of the band’s marketing strategists and will leave many fans – this one included – disappointed.

The History Of Modern is out now.