Home » Reviews » MARSHEAUX – Now You Are Mine 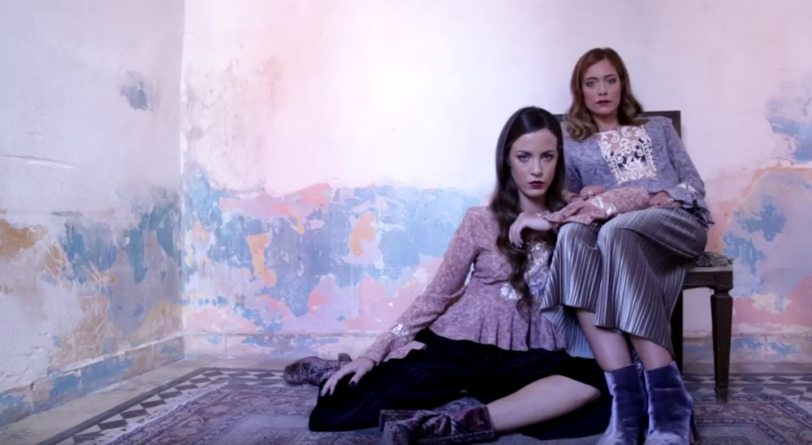 Marsheaux return with a smooth video for a smooth tune…

One of the best surprises in contemporary electronic music has been the rise of Greek electronic duo Marsheaux. Sophie Sarigiannidou and Marianthi Melitsi have presented a stylish take on electropop ever since the release of their 2003 debut album E-Bay Queen.

In 2016 they returned with a new arsenal of songs care of Ath.Lon (see our review here). Their most recent album takes its name from a compression of Athens and London (a nod to the fact that Marianthi has relocated to London, while Sophie has stayed in Greece).

Ath.Lon was preceded by the synth-pop gem that was ‘Safe Tonight’, its synth hooks demonstrating that Marsheaux continue their flair for melody and accessible pop.

Now a new video has been unveiled for another Ath.Lon cut, this time for the slow-burning ‘Now You Are Mine’. The brooding synth tones give a solid foundation for Marsheaux’s trademark whispery vocals on a particularly dreamy composition. Meanwhile, the video (shot and edited by Undo’s own George Geranios) features a pair of Marsheaux analogues in a series of artful tableaux. Again, it continues the Greek outfit’s tradition of crafting stylish visuals with polished electropop for that perfect combo.

As one of electropop’s most distinguished assets, Marsheaux continue to deliver the goods.