Words on paper, over decades

It’s now over 40 years since Andy McCluskey and Paul Humphreys made their live debut as Orchestral Manoeuvres In The Dark at Eric’s on the 12th October 1978. The show—originally envisaged as a one-off to showcase the duo’s innovative brand of experimental, electronic music—marked the start of an almost-accidental music career that has now spanned five decades. In recent years, OMD’s stock has proliferated considerably, and the band are finally receiving the recognition they deserve; not just for their intelligent, pioneering synth-pop work, but also their energetic live performances. Soft Cell may have grabbed the headlines with their recent 40th anniversary show at the O2, but in many respects OMD eclipsed this landmark show with a brace of superb performances at the Liverpool Philharmonic Hall last month. “I think I enjoy being in OMD now more than I ever have before,” says Humphreys. “It’s more relaxed now. We all get on great. It’s almost like we’re kids again in my mum’s back room, and we’re back together doing it for the fun of it. And I think that shows in our records [and] in our performances.”

Somewhat surprisingly, for a band with such a high standing within the world of electronic pop music, there have only been two books written about them. The first of these, by Mike West, was a slim, unauthorised book (published in 1982), hastily assembled to capitalise on the band’s huge success with the Architecture & Morality album and its attendant hit singles. It wasn’t until October 1987, and the release of the official Messages biography—by the late Johnny Waller and Paul Humphreys’ brother, Mike—that the band were finally afforded the opportunity to put across their version of events (“except a few white lies to keep us from going to jail,” quipped McCluskey and Humphreys in the book’s foreword).

As it turned out, the Messages book turned out to be something of a bookend for OMD’s career. The band—which by then had sprawled to a 6-piece with the Weir brothers on brass duties—was imploding. Not only were they exhausted due to a punishing tour schedule (particularly in the USA), they were also suffering financially. Despite an impressive run of hit singles and albums, the financial rewards were far from commensurate; largely due to a poor deal they had signed with Dindisc (a subsidiary of Virgin Records). In fact, such was the state of their finances in the late 80s, the band actually ending up owing the label money and had to release a compilation album, The Best Of OMD, to appease their accountants. Meanwhile, new songs such as ‘Dreaming’ indicated that their creative well had run dry, and they would eventually split into two camps. Pretending To See The Future is a long overdue book that brings the OMD story up to date, whilst encompassing every facet of the band’s 40-year career. Ostensibly inspired by the book, Sometimes These Words Just Don’t Have To Be Said, about indie rock band, The Wedding Present, this impressive new compendium utilises a similar template, blending reminiscences from both the band and their fans, as well as incorporating an array of images to bring the stories to life. Such projects allow the artists concerned to reflect on both their body of work and the legacy they’ve built up, as well as offering fans a unique opportunity to immortalise their memories in print. It’s a format that is becoming increasingly popular, and author Richard Houghton has previously produced a number of books that are told from a fan’s perspective.

Surprisingly, there’s no introduction from either the band or the author to herald the start of the book. In its place is a foreword from Professor Brian Cox, the former D:ream keyboardist who was inspired to start making music after listening to the likes of ‘Stanlow’ and ‘The Romance Of The Telescope’. Things can only get better, and the book’s ensuing pages, chronicling the band’s early years, soon atone for this initial disappointment. Behind the success of many of the band’s contemporaries—Tears For Fears, Heaven 17, Eurythmics, Duran Duran, a-ha, et al—there lies a fascinating backstory, and the story of OMD’s formative years is no exception. The period leading up to the release of their self-titled debut album in 1980 is beautifully entwined with recollections from old school friends, former band colleagues and girlfriends. Many of the stories will be familiar to fans, but the stints in pre-OMD bands such as Equinox, Pegasus, Hitlerz Underpäntz and The Id are vividly detailed in this new book, painting an interesting picture of the music scene on The Wirral in the late 1970s. McCluskey and Humphreys eloquently describe how they fell in love with Kraftwerk and electronic music, and we learn that one of their first keyboards was purchased after selling a Subbuteo collection! As this section of the book progresses, more familiar names enter the fray—future OMD stalwarts, Malcolm Holmes and Martin Cooper, for example—and it’s nicely punctuated with previously unseen photographs, newspaper cuttings and other interesting documents. Items of particular interest include an intriguing early press release from September 1979, which contains one of the first references to the shortened OMD name (“We’ll call them that from now – look at the ink we save!”). The band’s ‘imperial phase’ is well covered, too; a period which saw the band enjoy an incredible run of hit singles in Europe with ‘Messages’, ‘Enola Gay’, ‘Souvenir’, ‘Joan Of Arc’ and ‘Maid Of Orleans (The Waltz Joan Of Arc)’. Unsurprisingly, given the band’s proliferating tour schedule during this early stage of their career, there’s an increased number of fan contributions, and these blend in seamlessly with the stories from both the band and some of their contemporaries, including Gary Numan, Phil Oakey (The Human League), Vince Clarke (Depeche Mode/Erasure), Neil Tennant (Pet Shop Boys) and Howard Jones. There are also contributions from key players in the band’s history, including short-serving keyboardist Dave Hughes, Dindisc boss Carol Wilson and Peter Saville, the man who created much of OMD’s iconic artwork.

In terms of touring, there are some eye-opening stories about the band’s life on the road, plus candid recollections from both McCluskey and Humphreys about their ‘powder breakfasts’ and drug abuse. In one instance, McCluskey recalls the first (and only) time he was stoned on stage: “I spent the entire gig in a paranoid state, asking Paul or Martin which verse was next and if my bass was in tune. Never again!”

Plenty of book space is also devoted to the period in which the band tried to conquer the North American market in the mid-80s. The creation of their huge US hit, ‘If You Leave’ (for the Pretty In Pink soundtrack), is discussed in lengthy detail while, interestingly, the recruitment of Graham and Neil Weir during the Junk Culture era is also touched upon: “Once they were in the band they started to influence the musical direction and the way we sounded on stage,” says McCluskey. “We went further and further away from our minimal, clear-thinking electronic roots… we lost direction.” But, whilst the band felt they were straying from their Kraftwerkian foundations, the augmented band garnered a whole new audience, and there are a number of interesting contributions in the book from fans who were introduced to the band either through ‘If You Leave’ or mid-period albums such as Crush and The Pacific Age, which were clearly tailored for the North American market.

The subsequent disintegration of the original four-piece line-up is covered at length by both McCluskey and Humphreys, and there’s sufficient coverage of the singer’s comeback in the early 1990s with the Sugar Tax album and tour. That decade’s new recruits, Nigel Ipinson-Fleming (keyboards) and Abe Juckes (drums), also tell their stories, while McCluskey’s songwriting partner, Stuart Kershaw, recalls his pride at a show in Manchester where the crowd sang along to ‘Sailing On The Seven Seas’, a single that returned OMD to the UK’s Top 10 for the first time since 1984’s ‘Locomotion’. However, very little attention is given to Liberator, the second of the ‘solo’ OMD albums, and McCluskey’s summary of the recording amounts to little more than five lines of text, perhaps indicating that the wounds are still fresh after the commercial failure of, arguably, the band’s most divisive work. It’s at this point where the book begins to lose its way slightly. Whilst the subsequent Liberator tour is adequately documented, just a few pages are allocated to 1996’s highly underrated Universal album, and the final third of the book does seem rushed. In terms of their popularity, OMD have been on something of an upward curve since the core duo of McCluskey and Humphreys announced their reformation in 2005. With Mal Holmes and Martin Cooper back on board, the classic line-up performed their magnum opus, Architecture & Morality, on a magical tour in 2007. Since then, the band have release three new studio albums, with their latest, The Punishment Of Luxury, earning them their best reviews for years. The band have toured steadily for the past decade, and there are plenty of fan stories covering this period in the book (some of which are quite touching and poignant). But perhaps the most moving story of all is reserved for the latter stages of this weighty tome, with a harrowing account of Holmes’ near-death experience in Toronto in July 2013. Since then, Stuart Kershaw has taken over drumming duties, adding a fresh and powerful new dynamic to the band. Somewhat impressively, the book is also brought right up to date with the inclusion of accounts of the band’s summer festival shows with a-ha, and last month’s triumphant performances with the Royal Liverpool Philharmonic Orchestra.

Having sourced material from hundreds of contributors, there’s a sense that the book’s makers have overstretched themselves somewhat. However, despite some obvious faults, this is an indispensable book – one which OMD fans will treasure for years to come.

Pretending To See The Future by Richard Houghton is published on 29th November 2018 by This Day In Music Books.

Initial copies include a flexi-disc featuring an early version of ‘Messages’.

Order the book via the Official OMD Website Store: https://store.omd.uk.com/products/pretending-to-see-the-future-40th-anniversary-book

You can also order the book via Amazon: https://www.amazon.co.uk/Orchestral-Manoeuvres-Dark-Pretending-Future/dp/1999592727 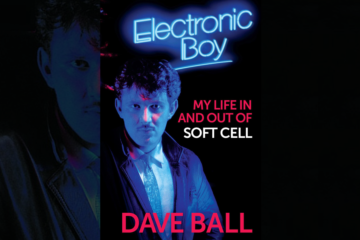 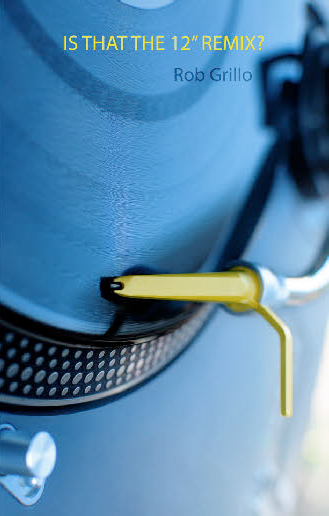 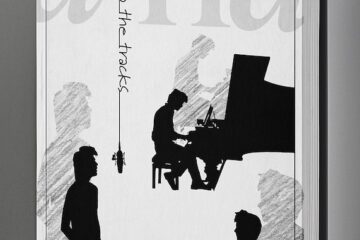 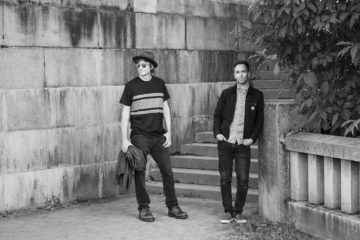 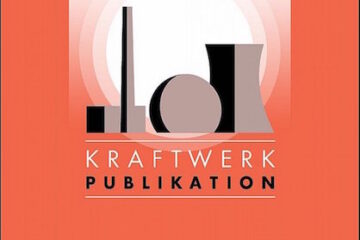