You are not here to conform

As with many musical artists, Marina’s 2020 plans were tripped up by the Covid-19 pandemic, which sunk a scheduled Spring tour. But despite her live performance plans being kicked into the long grass, her creative efforts in writing and recording have continued at a pace.

Marina’s 2019 album Love + Fear (see review previously) was more of an exercise in self-reflection for the Welsh musician and songwriter, epitomised by intimate compositions such as ‘To Be Human’. Serving as a commentary on the political and cultural landscape of the time, the sentiments in ‘To Be Human’ are echoed here on Ancient Dreams in a Modern Land. But in this instance, there’s more spirit and more bite, evidenced particularly in compositions such as ‘Purge the Poison’ and ‘New America’.

Love + Fear was an intriguing release which saw Marina benching the pop bangers that had been the hallmarks of previous albums, such as Electra Heart and Froot. Ancient Dreams in a Modern Land sees more of a return to that earlier energy, which is going to resonate with those Marina fans who like their pop to be big and bold. At the same time, there seems to be a nod to The Family Jewels-era Marina with some stripped-down arrangements – and more than a few witty lyrical compositions.

Take the title track, which in essence is a reverie in self-realisation rendered in a bold and brassy opener. It’s an intriguing narrative that declares that we don’t have to conform, that we’re more than the stuff of our bodies and brains. But at the same time acknowledging that there’s a place even for outsiders (“You could be lost but you belong to the world”). It could easily have been a number that was quieter and more restrained (as with Love + Fear’s slower mood). Instead, ‘Ancient Dreams in a Modern Land’ moves along at a pace, a brisk pop outing whose clipped melodic flourishes serve as an overture for the album as a whole.

The energetic ‘Venus Fly Trap’ echoes those sentiments of self-realisation (“Why be a wall flower/When you can be a Venus fly trap?”) in a pure pop number. It’s a strident outing where Marina’s voice is front and centre with some nice piano elements, ending up like something between Electra Heart and The Family Jewels.

Meanwhile, ‘Man’s World’ opts for a slower delivery in this effective feminist anthem, but which still has a brooding power lurking beneath it (Thanks to the production by American musician Jennifer Decilveo). At the same time, David Levita’s spiky guitar fills (see also ‘Purge The Poison’) gives the track a nice edge. The song’s repeating mantra “I don’t want to live in a man’s world anymore” drives the point home and there seems to be a tired, world-weary delivery of the song’s central themes.

‘Purge the Poison’ sees Marina casting an eye on climate change, #metoo, misogyny and pretty much all points in between. Along the way, there’s commentary on the spectacle of pop culture, referencing Britney Spears (currently back in the news) “Britney shaved her head and all we did was call her crazed” offers Marina, throwing a grim pop incident into a new light. At the same time, it’s one of the album’s highlights, a driving pulse-pounding pop banger that provides an earworm that’s tough to shift. The frenetic pace apparently a a deliberate element by Marina with the song reflecting the extremes of the culture we’re currently living in.

‘New America’ provides a visceral essay on the country’s fractured landscape (apparently the initial inspiration for the song was the murder of George Floyd). Lines such as “Fucked with the food chain” and “History’s catching up on you” are delivered with a bluntness that doesn’t even bother to employ Marina’s usual witty word play. Instead, it’s a timely interrogation on a troubled political and cultural blip on the modern world.

There’s a more intimate and personal moment on ‘Pandora’s Box’, a composition that could have been lifted from Love + Fear’s moodier moments which heralds a change of gear for the album. The simplicity of the song is given a lift by the string arrangements, giving the whole affair a stately polish.

There’s also a graceful approach to ‘Flowers’ which is a rumination on the end of a relationship (“With every callous action/You let me slip away”). It’s a raw, stripped-down composition which relies mainly on a tinkling piano melody, but it manages to work its magic regardless. ‘I Love You But I Love Me More’ is a similarly more reflective number, but here given a bolder workover thanks to some effective percussion and David Levita’s guitar work.

Album closer ‘Goodbye’ treads similar territory, a surprisingly blunt musing on loss and regret delivered in lines such as “I fucked it up/I lost it all”.

Love + Fear had been conceived as an album divided into two parts, but it feels like Ancient Dreams in a Modern Land actually lands that concept more effectively. The first half is bold pop with the second half a more reflective and intimate affair. This shouldn’t be viewed as a criticism, because although there’s peaks and troughs in the approaches here, everything works precisely as it should.

“Songwriting has always been a vehicle for me to explore things that challenge me, and things that upset me” commented Marina is a recent interview discussing the album’s genesis, “So it’s definitely tricky to organise thoughts on really important subjects, and at the end of the day, whatever people think, that’s just how I’ve been able to deal with that at the time. So you can only hope that it’s received in the way that it was intended.”

To sum up, Ancient Dreams in a Modern Land is a stunning album and delivers one of 2021’s best pop moments. Outside of the music, perhaps one of the more engaging elements of the campaign behind Ancient Dreams in a Modern Land was a special zine produced to accompany the album. Featuring a selection of artistic ideas that were curated from Marina fans, the glossy zine featured essays, poetry and artwork that all revolved around themes and ideas based on the track ‘Man’s World’. The publication is also listed as the first in a potential series.

The zine concept has risen in popularity in recent times, with the likes of Paragon Cause and contemporary synth-pop darlings Chvrches dabbling in zine culture for their next album release.

That sense of engagement with fans provides a more creative outlet than standard social media contact (which can often be fraught with toxicity and tribalism). There’s also something cool about adopting an analogue idea in a digital age.

Ancient Dreams in a Modern Land is out now.

This review originally featured on Wavegirl 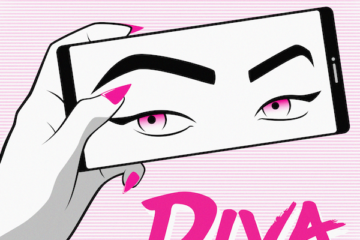 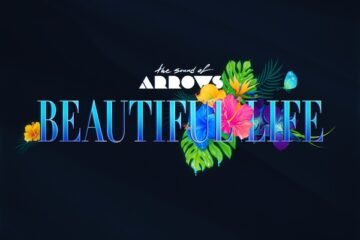 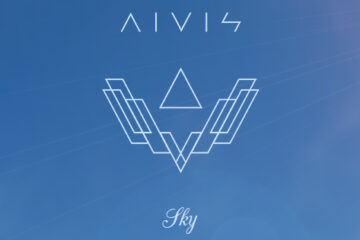 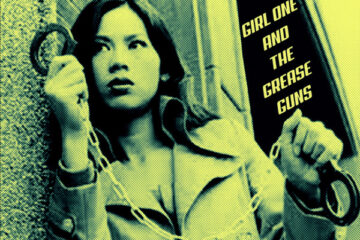 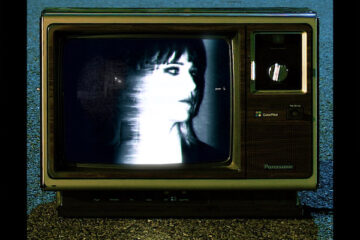 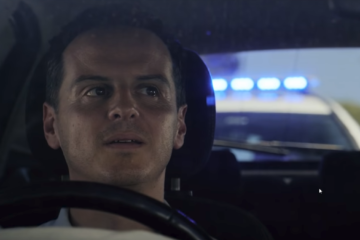 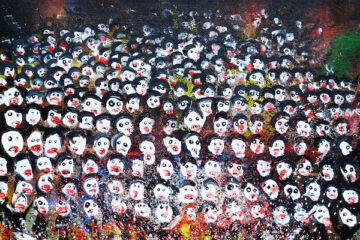 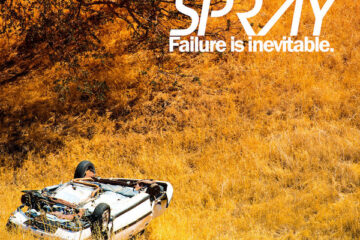