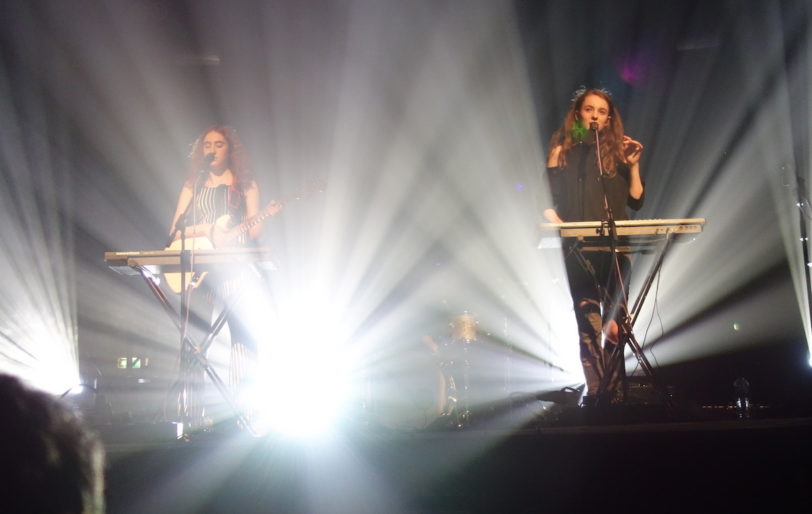 The Norwich duo of Rosa Walton and Jenny Hollingworth, collectively known as Let’s Eat Grandma, have been rapidly gaining attention since their 2016 debut album I, Gemini.

Their latest album, the mercurial I’m All Ears, offers up an intriguing collection of tunes that play around the fringes of electropop while also indulging in some oddly diverse instrumental choices. I’m All Ears has been critically acclaimed (the record scored Best Album in the recent Q Awards) – and with good reason. The fact that the pair are on their second album and are still not out of their teens (the pair were 16 when they emerged on the music scene) is refreshingly surprising.

The curious name for the pair derives from a play on words involving the importance of apostrophes – a sign that Let’s Eat Grandma are not your average pop outfit. But witnessing LEG live brings a fresh dimension to their music.

Gracing London’s Heaven venue, LEG are already prepping to accompany the mighty Chvrches in a support slot. That partnership is likely to grant the pair even more exposure and makes the likelihood of smaller gigs such as this a rarer prospect in the future.

For a band this young, the live performance comes across as the perfect balance between polished and also playful. In fact, their live show features a lot of odd performance elements that have previously confounded audiences. In particular, their penchant for lying down on stage during instrumental sections of songs – or Jenny’s interest in darting into the audience mid-song.

The songs themselves take on a fresh power unleashed from the confines of the records that spawned them. The cinematic instrumental ‘Whitewater’ acts as the perfect overture for the live show. Its slow, moody tones and gothic strings make it sound like it belongs to an entirely different album. Having live drums on stage helps ramp up the percussive power of this opener and there’s a massive cheer when Rosa and Jenny finally step onto the (absurdly high) stage.

The fractured pop of ‘Hot Pink’ (which is presented on a stage flooded with lights to match the song’s theme) springs to life in a live environment. Here, the bass-heavy foundation resounds across the intimate brickwork of Heaven.

‘It’s Not Just Me’ offers a more reflective side to LEG, picked out with some heartfelt synth tones. It’s an example also of the odd stream of consciousness lyrics that form the basis of much of LEG’s songs. There’s an element of awkwardness in trying to express an idea or a feeling (“Because the point is that I see it’s not just me/The point is that you feel my company”).

Meanwhile, ‘Falling Into Me’ builds up from organic drum fills – and even the use of saxophone at one point. It’s also typical of many LEG tunes that feature a soft burr to the vocals that lend a certain charm to many of the songs.

The otherworldly guitars of ‘Cool & Collected’, meanwhile, plays with themes of teenage crushes (“I’m just obsessed with you, I’m always such a mess with you”). It’s also typical as one of the lengthier songs that LEG like to put together, although these compositions never seem to outstay their welcome.

But if there’s one song which manages to rise above the rest from tonight’s performance, it’s ‘Donnie Darko’ (the closing track from I’m All Ears). Although the tune is initially just spacey guitars and synths, it builds into a colossal composition with a riff that seems to throw a nod to Bowie’s ‘Rebel Rebel’. There’s even a recorder thrown in for good measure at one point!

It’s not difficult to see the threads that connect the 2001 cult film that ‘Donnie Darko’ borrows its title from, with the angsty songs that deal with teenage life that are part and parcel of LEG’s output. In a culture that seems to spend more time cultivating a ‘Birds On Synths’ aesthetic as the be-all and end-all of women’s presence on the electronic music scene, it’s refreshing to see the young guard subvert expectations – and deliver good tunes in the process.

A spirited ‘Deep Six Textbook’ serves as the encore, offering a perfect bookend to LEG’s psychic pop set. Surprisingly, post-gig the duo also hover around the merchandise stall to sign records and chat to fans. There’s a matter-of-fact manner to their chat and this accessibility seems to resonate with the duo’s fans.

Let’s Eat Grandma are an outfit that are continually evolving – and also gaining a bigger fanbase in the process. Whether the charming accessibility of their act can sustain the switching up to a higher gear remains to be seen. But for now, they possess a talent for songs with a surprising depth and a live show that delivers its own unique style.

I’m All Ears is out now: https://t.co/LJlybrwP0a 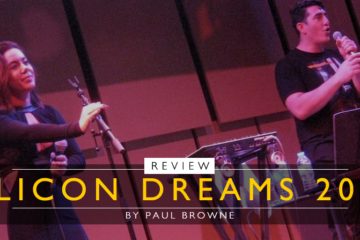 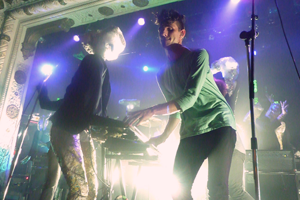 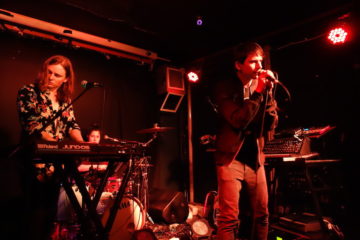 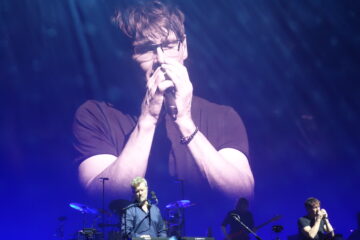 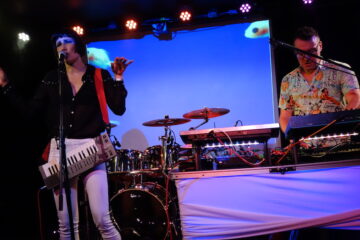 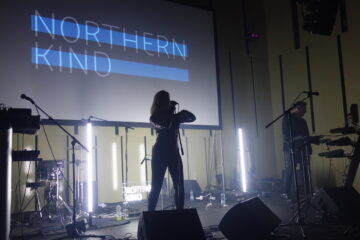 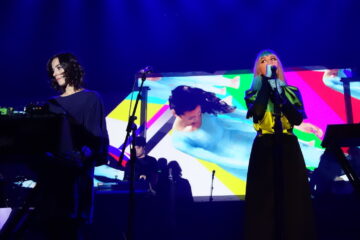