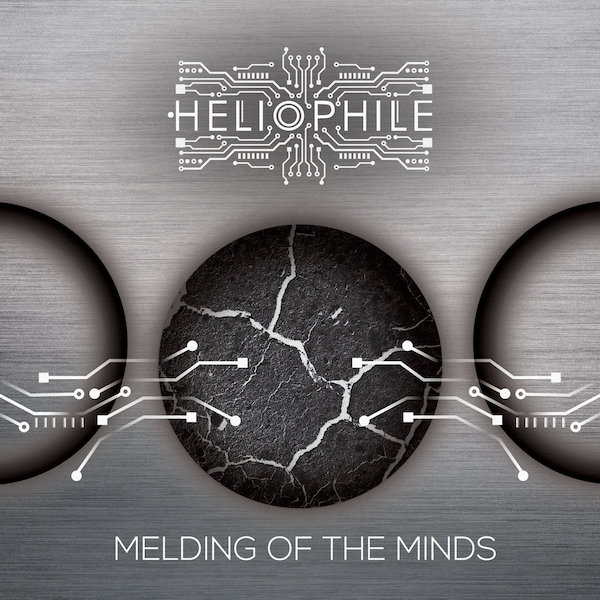 On journeys we embark…

Hailing from the Netherlands, Heliophile is a synth-pop project masterminded by Gijs van Ouwerkerk (who also performs in dark electro outfit Schwarzblut). Based in Enschede, Heliophile formed in 2010, and put out some self-released EPs before signing to the Russian label ScentAir Records.

In 2017 they released their debut album Permeate (see The Electricity Club’s review previously) which demonstrated some effectively strong synth-pop moments. As an album, it encapsulated Gijs van Ouwerkerk’s desire for Heliophile to be a meeting ground of sorts between British synth-pop and the more darker stuff that comes from the German electronic scene.

As a result, Heliophile can bring to mind the likes of De/Vision, Mesh, VNV Nation and Tenek. But there’s also something very distinct about their sound, much of which is captured by van Ouwerkerk’s emphatic vocal style.

Permeate showcased some solid compositions, although it also suggested an evolving musical style. With their new release ‘Melding Of The Minds’, Heliophile have somehow captured a punchier sound which draws on the best parts of their earlier work, built around tight percussion and captivating synth melodies. As with Permeate, much of Heliophile’s output works well when employing driving, euphoric elements.

‘Melding Of The Minds’ utilises a clever use of word structures to deliver pointed phrases, making the likes of “Synaptic mesh of light, to cognify the dark” carry a powerful weight, mainly due to van Ouwerkerk’s pronounced vocal delivery. There’s similarities to ‘Towers So Tall’, Heliophile’s 2015 track (which also appears on Permeate) – another composition that benefits from sweeping melodic shifts and a striking use of lyrical composition.

As ever, the production is smooth and crisp and delivers a polished slice of synth-pop that marks ‘Melding Of The Minds’ as one of the stronger synth-pop tunes of the year so far.

‘Melding Of The Minds’ is available for download now.