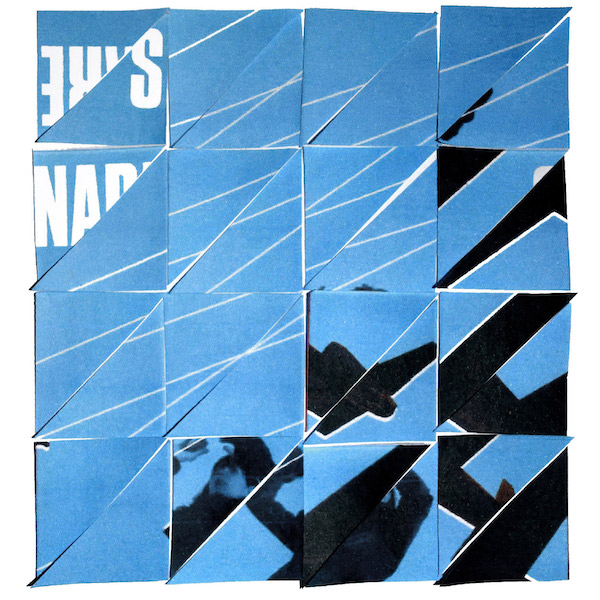 Electropop duo BOO – Battery Operated Orchestra – delivered an accomplished collection of tunes with their 2018 album Snare. The Cold War-inspired outing dabbled in the world of subterfuge and spy games, each track exploring the idea of a snare. “Snare exposes the dangers of nostalgia and comfort” as BOO themselves described the album, “the lies we tell ourselves in order to continue doing the wrong thing.”

The Electricity Club’s review summed up Snare in its review as “a stunning piece of work that doesn’t require a lot of codebreaking skills to appreciate”. In a busy year for electronic music generally, Snare managed to stand out by a country mile.

Prior to this, BOO – aka Chris Black and Brigitte Rose – had already established themselves as capable musicians combining a love for analogue synths with a distinctly modern sound. Compositions such as the pure euphoric ‘Radiation‘ demonstrated that BOO had a talent for evocative, heartfelt music that still had a raw, garage electro element to it.

BOO have now returned to their 2018 album by assembling some of their electronic music contemporaries to produce a series of remixes of Snare’s signature tracks. Featuring Finlay Shakespeare, Automatic Gainsay, midierror, Chicky and Coco, preston.outatime, Matt Culpin (Northern Kind, Dancing With Ruby), Analogue Solutions, Technomadic and Jan Doyle Band, the result is Snared (The Remixes), a collection of approaches both subtle and dramatic in reworking the original songs.

Having demonstrated his musical chops through Northern Kind and Dancing With Ruby, Matt Culpin’s take on Snare’s opening track ‘Strange Goodbye’ gives the gossamer synth tones a much more physical aspect. The distinctive electronic melodies take on a more prominent presence here, but this preference for more in-your-face electropop has always been one of Culpin’s strengths (as evidenced in Northern Kind’s recent ‘Lip Service’).

‘Poliakov’ is another track that’s been transformed here from its subtle synth-pop origins into a thumping floor stomper courtesy of midierror. Elsewhere, Chicky and Coco (who have previously worked their remix skills on OMD outings) reverse this approach on ‘Bella’. Here, they take the melodic electropop of the original and give it a much more languid approach that’s also peppered with charming electronic flourishes. It’s the equivalent of being slowly covered in a resinous synth-pop soundscape.

On ‘Optical’, Automatic Gainsay’s remix adds more organic elements to the piece with piano and strings at points. It gives the song an orchestral veneer and lends a warm, textured quality to it. In its original incarnation, ‘Nocturn’ offered up a glitchy gem of a tune. In the hands of Technomadic (aka Simon Forsyth) it becomes a whispery slice of cosmic synth-pop. Technomadic also turns the remix duties onto ‘Strange Goodbye’, a reworking that takes a different road to Matt Culpin’s approach. Here, there’s more of an electro-funk feel to the remix with Brigitte’s vocals more prominent in the mix.

Clearly a popular track to work over, analogue synth specialists Analogue Solutions also do the honours on ‘Strange Goodbye’. Their wittily-titled Needs More Cowbell mix eschews the vocal elements in favour of a robust emphasis on the synth melodies.

Unsurprisingly, giving the sepulchral tones of ‘A Clearing’ to Jan Doyle Band sees the reflective moods of the original go through a startling transformation. The remix is dominated by raw guitar which presents a harsh, metallic reworking of the track. It’s a dramatic switch-up, but gives the song a peculiar vitality.

Perhaps one of the more intriguing tracks from the Snare album was ‘Borders (Fall)’. An ambient instrumental, it seemed at odds with the more pop-orientated tracks elsewhere but had a haunting quality. Underground electronic artist preston.outatime preserves the twilight feel of the composition, but adds in layers of percussion and subtle electronic effects.

As an album, Snared does a superb job of presenting BOO’s songs through the lens of a variety of talents. Each manages to bring their own vision to bear on the Cold War classic, while also bringing the world of BOO back into a much-welcomed turn in the spotlight.

As ever, as well as a download version of Snared, BOO will also be doing a small number of handmade CD versions of the album. Limited to just 50 copies, these will feature unique scrambled front covers and a red acetate insert which can be used to ‘decode’ the track listing. Digital downloads will only be available while physical copies are in stock, once the CDs are sold out the downloads will also be deactivated.

Digital copies of Snared (The Remixes) are released 22nd April 2019. CD copies to follow on the 23rd.