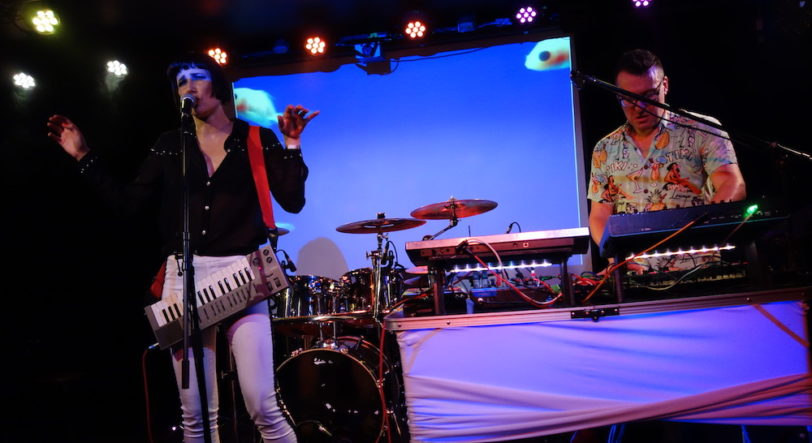 Samuel is another electronic artist who’s been making waves, including an appearance at one of the DEFSynth events. Smooth synth-pop is the order of the day here with some heartfelt lyrics thrown in for good measure. Swedish musician Hiltipop had originally been due to make an appearance at an earlier Synthetic City event, although plans changed at the last moment. Hilti Johansson makes up for it though with his performance tonight, a stylish setlist of smooth synth-pop that throws a nod to classic electronic music.