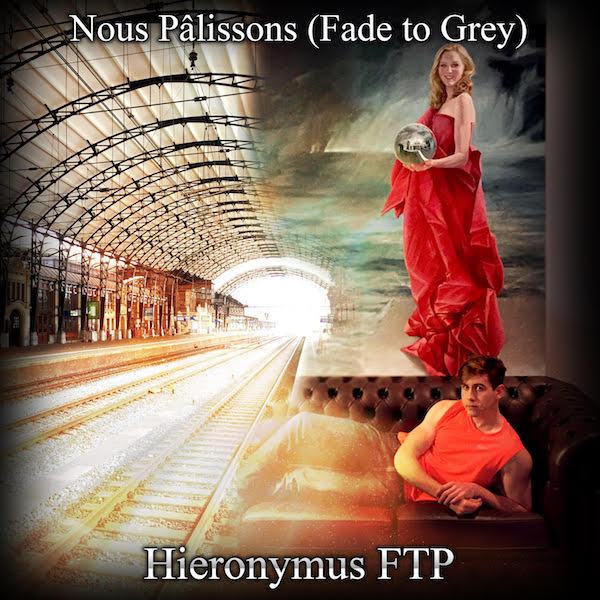 Attempting contemporary arrangements of classic synth-pop songs is always a daunting task. There’s always a danger that it will fall into parody or fail to do justice to the original. Yet, when the right talents come together, the results can be surprising (as the 2017 adaptation of ‘Video Killed The Radio Star’ demonstrated).

Australian musician David de la Hunty has recently tackled Visage’s ‘Fade To Grey’ to produce an intriguing adaptation. It diverts from the ethereal qualities of the original in places, giving the song a more robust delivery than you might expect. In the process, it also manages to pull off an effective cover version of the legendary original.

‘Fade To Grey’ still sounds as fresh today as it did on its release back in 1980. It’s a song that’s instantly recognisable and, in many ways, seems to sum up the club scene that embraced both synth-pop and the New Romantics at the time.

Visage were an intriguing outfit that combined many of the characters involved in a music scene that was transitioning from the 1970s to the 1980s. This included the likes of the late Steve Strange and Rusty Egan, who had both emerged from the London club scene of Billy’s (and later The Blitz Club). But having Ultravox’s Midge Ure and Billy Currie on board gave the project some significant musical weight.

“Midge was very influential on me in the beginning,” recalled Steve Strange in his interview with The Electricity Club back in 2012. “When I was in a band called The Photons, he came and saw me singing in this band. He said: ‘I’ve got some free studio time with EMI, do you want to come and sing?’ We knew we had a club on our hands and we were turning a lot of people away; I was known as the strictest door whore in London! But basically we only had a handful of records so Midge was being sort of quite clever by actually appointing me to be a lead singer.”

Following the release of their debut single ‘Tar’ in 1979, Visage returned in 1980 with ‘Fade To Grey’. The song managed to reach No. 8 in the UK charts on the back of its otherworldly synth melodies; Strange’s cryptic vocals and an additional haunting French vocal (actually provided by Rusty Egan’s then-girlfriend). A visually impressive video also helped to secure the song’s legendary status.

David de la Hunty’s adaptation of the Visage original, ‘Nous Pâlissons (Fade To Grey)’, offers up an arrangement that’s radically different from the 1980 original, yet still manages to capture the spirit of Visage’s classic song.

“In my version I reimagined it as a beautiful and old-fashioned French song lyric from a female classical singer, out of place in a hard-edged German techno club sound,” writes de la Hunty. “The monologue translated by me into German and spoken by Perth baritone and beatboxer, Hamish de la Hunty. The interpretation fits the ethic of the original, but from a different angle.”

Seeking out advice on how to handle the finished song, de la Hunty contacted one of the original song’s co-writers, Chris Payne, who kindly advised the musician on tips for publishing, permission, copyright and promotion.

The new arrangement gives the tune a dynamic quality, with the operatic polish on the female vocal lending the composition a stylistic finish that sounds fresh and captivating. The mesmerising French vocal element is rendered here by Australian Baroque opera singer, Bonnie de la Hunty, who divides her time between performances in Australia and Europe.

David de la Hunty himself has an interesting background combining the roles of an eye surgeon for his day job as well as a young adult fiction author. “I fronted two original independent bands in the 1980s and the original track was a song of my youth,” he says. “Today I am producing dance/EDM tunes, most of them original, but this second track I’ve just uploaded to the usual sites is technically a cover. Or an arrangement. Or translation, or all three.”

‘Nous Pâlissons (Fade To Grey)’ certainly offers up a classic song in a new light, but also manages to emerge as something of its own that demonstrates the timeless qualities of the songwriting talents of the original.