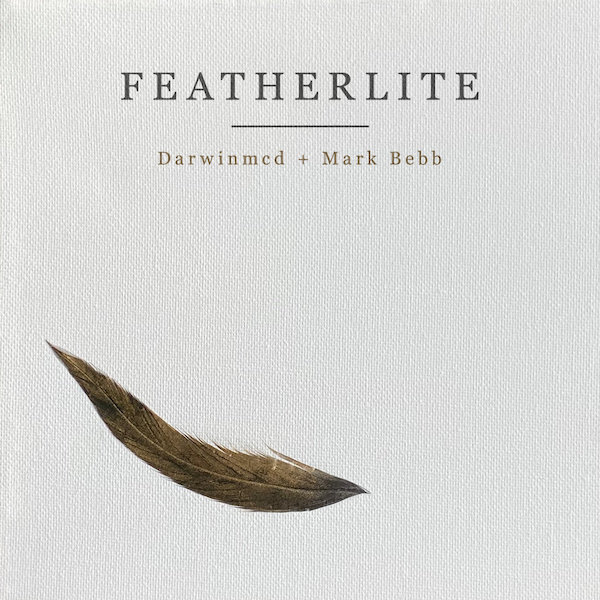 During a particularly busy time for electronic music, it’s always intriguing to see some collaborative works emerging. With the ongoing COVID-19 crisis providing a tough period for music generally, it’s also a welcome diversion to see music releases which chart an unexpected path.

‘Featherlite’ sees the combination of two established talents from the electronic community: Darwinmcd and Mark Bebb, who both bring their not-inconsiderable talents to the table on this airy electropop workout.

California-based music producer Darwinmcd initially embarked on crafting electronic instrumentals, such as the sublime ‘Aurora’ and the beats-driven pop of ‘Edge’. But the synth-pop perfection of 2018’s ‘Click’ saw Eric C Powell come onboard on vocal duties, demonstrating that Darwinmcd’s abilities could be a perfect fit with other electronic musicians.

Since then, Darwinmcd has also branched into remix territory, bringing his skills to a wide range of artists, including Huguenot, Centre Excuse, MDA and Mind Machine.

Meanwhile, Mark Bebb is better known as vocalist for electropop outfit Shelter, who have won acclaim in the electronic community for their slick synth-pop work across albums such as Emerge, Ascend and 2018’s Soar.

A powerful live act in their own right, Shelter have also provided support slots for the likes of Erasure and The Human League in times past. The band have also worked with the likes of Neil Francis, Parralox, Frankmusik and Alignment North among others.

‘Featherlite’ is a smoothly crafted composition featuring understated synth hooks and a compelling vocal turn from Bebb. Lines such as “Every act of kindness was led by me/An exhausting inevitability” take on a bittersweet aspect, delivered with an almost ethereal gloss.

This concept of combining different talents and approaches seems to be producing some attention-grabbing music in 2020 (the likes of Annie, Agency-V and Wire & Wasteland spring immediately to mind). ‘Featherlite’ continues that tradition and serves up a stylish synth-pop gem.

‘Featherlite’ is out now.