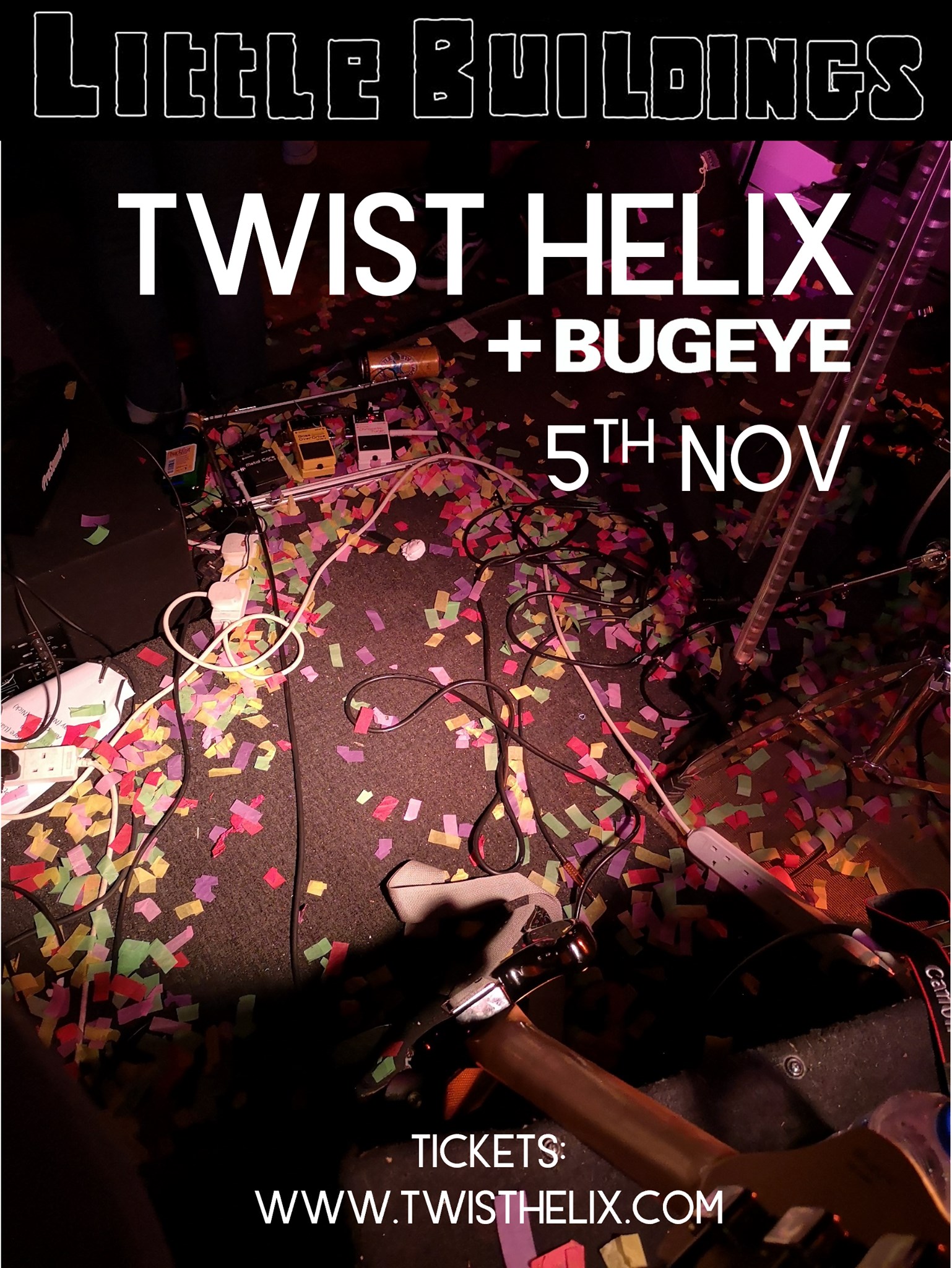 Euphoric, northern goth-pop trio Twist Helix make accessible poignant lyrical themes exploring loss of community and urban renewal. The band's 2018 album Ouseburn has won praise for its joyous and widescreen synth-pop take on the English North. Meanwhile, their 2020 album Machinery was summed up in the TEC review as it concluded "Twist Helix are a band that’s continually evolving, but also a band that proudly stick to their strengths for euphoric pop bangers."