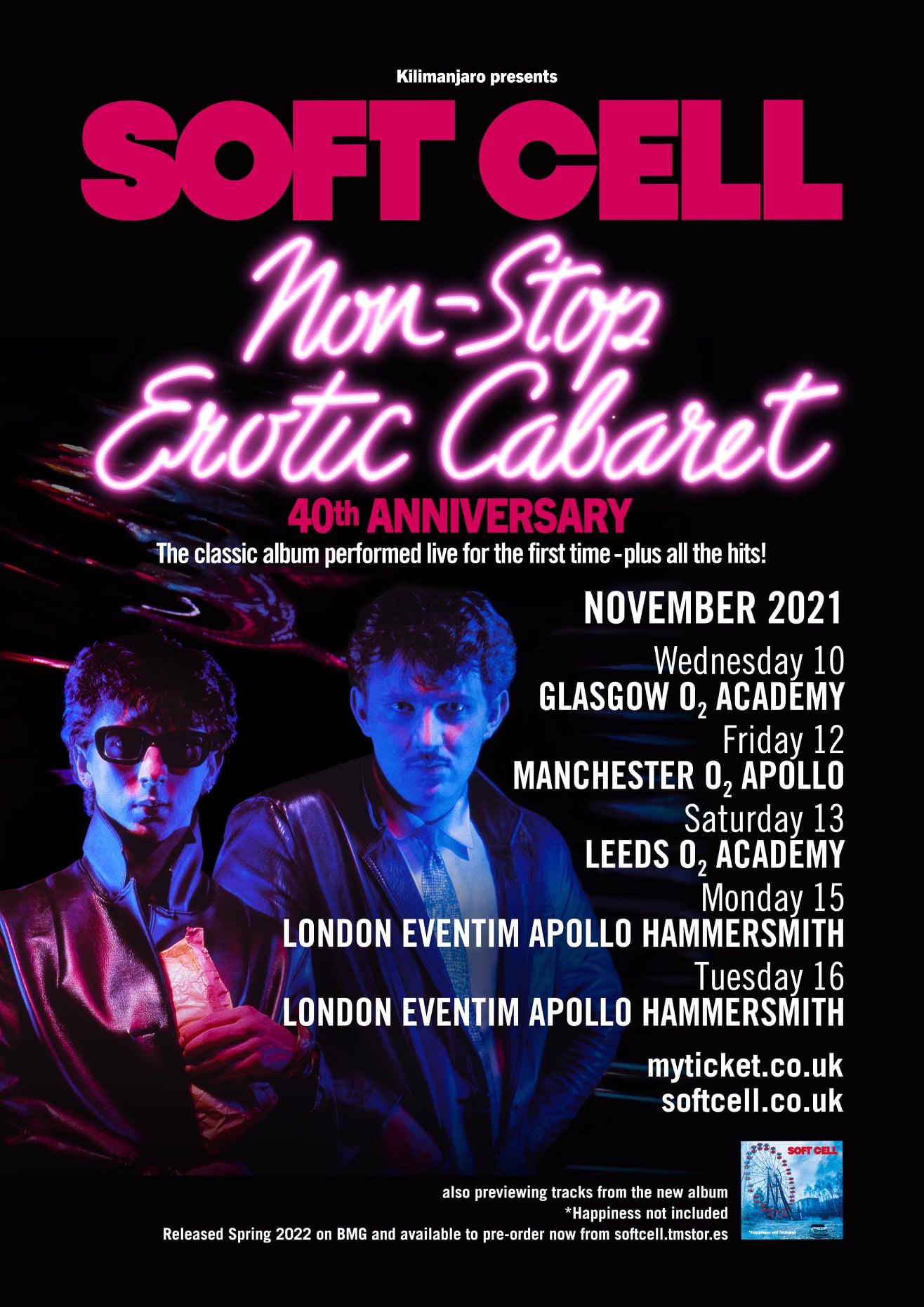 Ticket pre-sales start at 10am (UK) on Wednesday 4th August and pre-sale codes are available with any pre-order purchase of *Happiness Not Included from https://softcell.tmstor.es

The impetus for new album *Happiness Not Included started with the phenomenal “final” show at The O2 in London in 2018. Emerging to a rapturous reception at the sold-out 20,000 capacity arena, Soft Cell’s extensive set covered all of the hits and fan favourites. Now Soft Cell are set to return with their fifth studio album ‘*Happiness Not Included, which will be released in spring 2022 via a new deal with BMG. It represents their first new album since they issued Cruelty Without Beauty back in 2002. They will build towards the album’s release by sharing a new single in the autumn and playing some UK shows in November 2021.