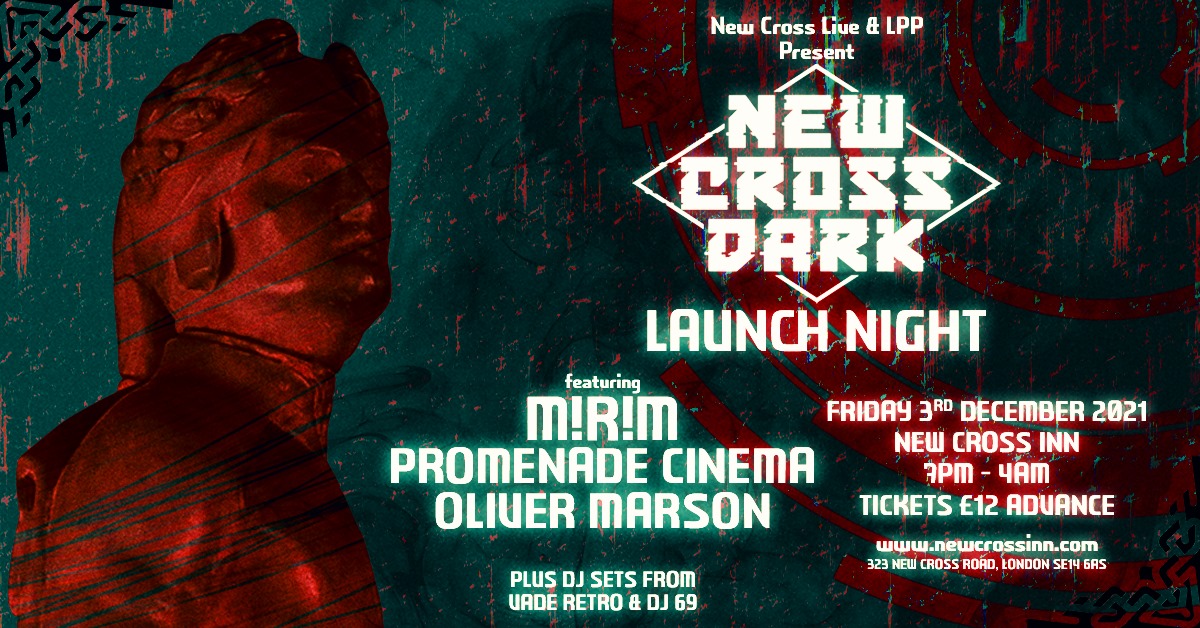 Lost Paradise Promotions and New Cross Live are joining forces to bring synth-pop, post-punk, industrial and darkwave gigs and club nights to South London under the banner of New Cross

M!R!M is the solo project of Jack Milwaukee, Italian multi-instrumentalist and retro synths obsessive based in London since 2011. Inspired by synth-pop pioneers New Order, The Wake and Tears For Fears alongside the most iconic figures of Italy’s 80s era and cold- and darkwave, M!R!M has released three albums on labels Fabrika, Manic Depression and Avant!. Since his 2013 debut album Heaven he's built up a significant following within the scene, selling out shows across the UK and Europe.

Sheffield’s Promenade Cinema have been captivating audiences with danceable darkwave and striking multi-layered synth-pop since hitting the scene in 2016. Their memorable hooks and opulent melodies strike a perfect balance between euphoric electro and emotional synthetic orchestration.

Solo, full band project of the keyboardist of Empathy Test, Oliver Marson’s music is full of surprises. What starts off as a formulaic pop song will often veer off into something completely different half-way through. Marson wants to pull the rug from underneath the listeners to keep them guessing and constantly on their toes. He has the ability to provoke, haunt and lift in one song. Marson is a shadowy new wave rocker for the modern age.