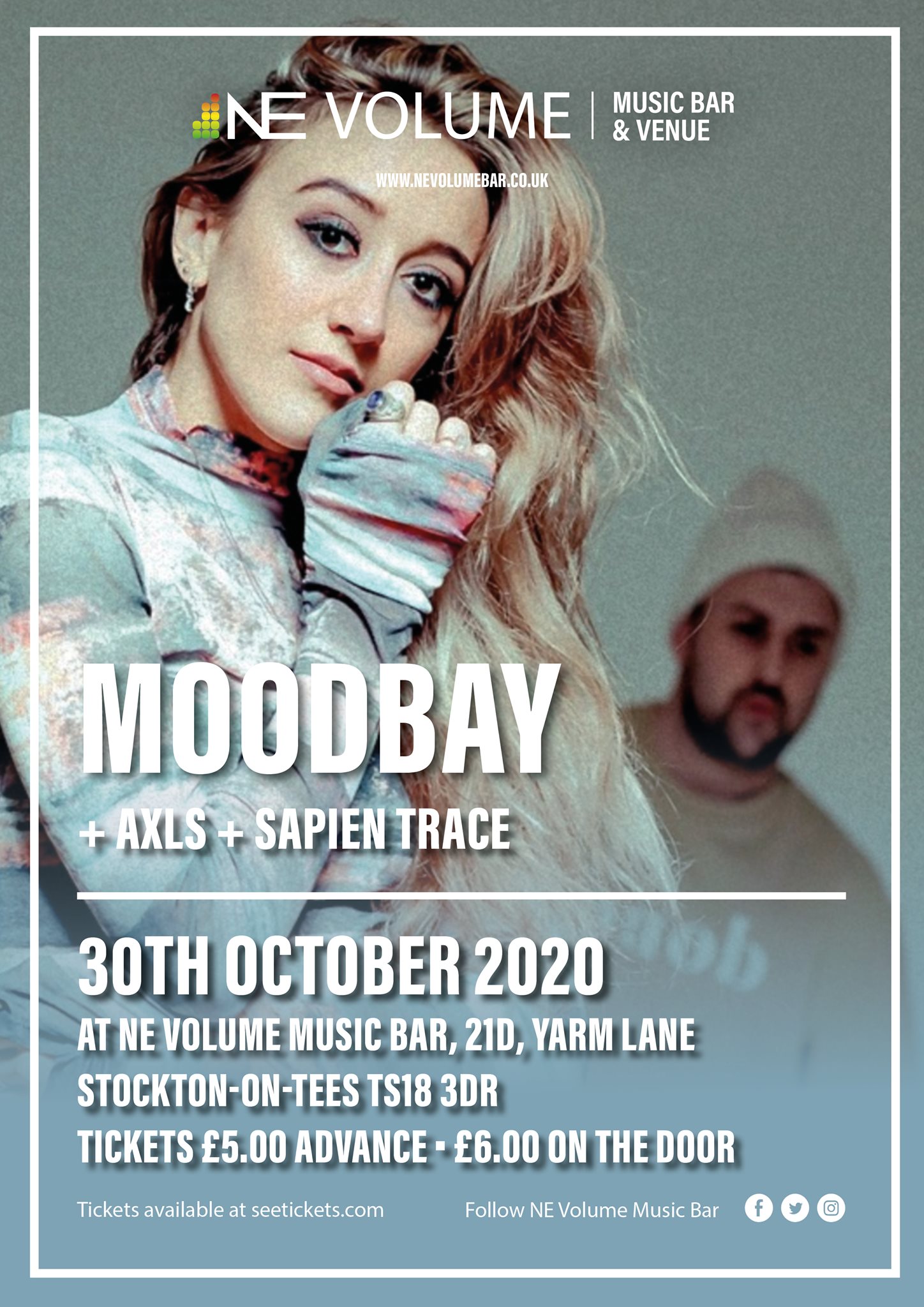 Join us at the brand new NE Volume Music Bar in Stockton-on-Tees town centre! Moodbay Known for their catchy beats and unforgettable vocals, Moodbay are a North East electro-pop duo consisting of

Known for their catchy beats and unforgettable vocals, Moodbay are a North East electro-pop duo consisting of singer-songwriter Anna Stephens and writer and producer, Alfie Cattell. After meeting in the corridor of BIMM in Manchester, Anna and Alfie combined their musical talents to create Moodbay. Blending a wide range of different genres to create their own sound, the duo have coined their own musical style as ‘moodpop’.

North East synth-pop outfit AXLS are influenced by electro bands such as Kraftwerk, Human League and modern bands like London Grammar and LCD Sound System, and they mix that with big screen Sci-Fi music. They noted: "We have kind of invented our own genre, taking the 1970’s progressive bands - even though we don’t sound like them - and updating it with electronic music."